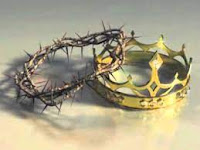 Most Christians would recognize the hymn “Crown Him With Many Crowns”. Normally, that makes me think of Revelation.

Rev 19:11 And I saw heaven opened, and behold, a white horse, and He who sat on it is called Faithful and True, and in righteousness He judges and wages war. 12 His eyes are a flame of fire, and on His head are many crowns; and He has a name written on Him which no one knows except Himself.

But we know that Jesus wore a different crown during His trial and crucifixion - a crown of thorns. What is the significance of this? Any symbolism? Let’s explore the subject of thorns to see what the Bible reveals.
If you like this (or not), check out my other articles at the
Between The Ears BLOG INDEX, with titles and summaries.
And click the "Follow" button so you don't miss an article.

We first encounter thorns in Genesis. Adam and Eve have eaten the forbidden fruit, and God is sentencing them.

Gen 3:17 Then to Adam He said, “Because you have listened to the voice of your wife, and have eaten from the tree about which I commanded you, saying, ‘You shall not eat from it’;

Cursed is the ground because of you;
With hard labor you shall eat from it
All the days of your life.
18 Both thorns and thistles it shall grow for you;
Yet you shall eat the plants of the field;

Technically, it was the ground that was cursed, not Adam. A curse on Adam would have expired when Adam died (though Eve's curse didn't expire with her), but this curse is on the ground, meaning it is on everyone after Adam as well. The Hebrew reveals a wordplay here. The man’s name was Adam; ground is adamah. He was named Adam because he was taken from adamah. “Cursed is the adamah for your sake”.


Thorns grow on bushes and trees. The buckthorn tree seems to be the most hated in Minnesota where I live, and it’s not even a native species. A friend described buckthorn as pernicious, hard to kill, and it crowds out other trees. The honey locust tree, which grows from Iowa southward, has thorns 4 to 8 inches long Wikipedia(honey_locust) [1]. Besides trees like buckthorn and honey locust, there are many varieties of thorn bushes; some of them like roses sold as ornamental hedges. There are also many varieties of thistles, like Bull thistle, Cockleburs, Raspberry, and Blackberry. The Bible has 21 words for thorns and thistles - FlowersInIsrael [2]. Despite Jer_12:13  “They have sown wheat, but shall reap thorns”. I have never seen thorns in a garden - I have pulled thistles though.

One type of thorn tree mentioned by name in the Bible is the acacia. Acacia is the only wood used to build the furniture of the Tabernacle, including the Ark of the Covenant, which was overlaid with gold. In large areas of the desert lands of the Negev and Sinai, acacia trees are the only trees. Acacia is thorny, the wood is dense, and the grain of the wood is gnarly and changes direction. It is resistant to decay, and unpalatable to insects, making an ideal material for building items that would need to be durable and long lasting, such as the Tabernacle. But it is difficult to work with. We are like acacia wood, gnarly and difficult, but like the ark, God plans to cover us with gold - AcaciaWood [3].

Thorns Are a Curse

Many of life's difficulties can be pictured by thorns.
Pro 22:5 Thorns and snares are in the way of the perverse;

One who guards himself will be far from them. 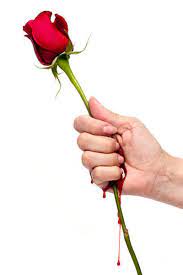 Thorn in the flesh

Thorn in the side

There’s no rose without a thorn

The righteous are portrayed as trees, or vines, but problem people are called thorns.

Ps 1:3 He will be like a tree planted by streams of water, Which yields its fruit in its season, And its leaf does not wither; And in whatever he does, he prospers.

Ps 128:3 Your wife will be like a fruitful vine Within your house, Your children like olive plants Around your table.

Num 33:55 But if you do not drive out the inhabitants of the land from before you, then those of them whom you let remain shall be as barbs in your eyes and thorns in your sides, and they shall trouble you in the land where you dwell.

Some translations read “thorns in your EYES”.

Consider words in the English language that can be used to describe characteristics of people. 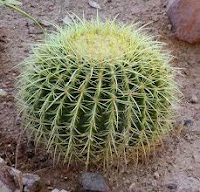 Sarcasm comes from the Ancient Greek sarx (flesh), derived from the verb sarkázein (σαρκάζειν), which means to tear flesh. A sarcastic remark, therefore, is one that “pulls off flesh,” that is, a remark that hurts - trnslate,org [4]. Doesn’t that sound like a thorn?

Thorns and Briars to be Destroyed

The ultimate fate of thorns is fire.

Heb 6:8 but if it [the ground] yields thorns and thistles, it is worthless and close to being cursed, and it ends up being burned.

Thorns will not exist in the Kingdom of God.

Eze 28:24 And there will no longer be for the house of Israel a painful thorn or a hurtful thorn bush from any surrounding them who despised them; then they will know that I am the Lord God.”

How will the curse of thorns be lifted?

Thorns will be removed because Christ took the curse on Himself.

Mt 27:27 Then the soldiers of the governor took Jesus into the Praetorium and gathered the whole Roman cohort to Him. 28 And they stripped Him and put a red cloak on Him. 29 And after twisting together a crown of thorns, they put it on His head, and put a reed in His right hand; and they knelt down before Him and mocked Him, saying, “Hail, King of the Jews!”

These were Roman soldiers; they mocked Jesus, and pressed that crown of thorns down hard. It is like the sacrifices in the Tabernacle.

After the animal has been presented and has passed the priest's inspection, the worshiper lays his hand on the animal's head, pressing down upon it heavily (Lev 1:4, 3:2, 8 13; etc). The Hebrew verb for this gesture samak (from which this rite is dubbed semika), denotes more than merely laying one’s hand upon the animal, but rather means to press down on or lean on with heavy pressure. Lev 1:4 reads "then he shall lean (samak) his hand on the head of the ascension offering, and it will be accepted on his behalf to make atonement for him". The result of this gesture, therefore, the animal now stands as a vicarious substitute for the worshiper, with the specific end of making atonement on his behalf - that is presenting the Israelite before God, reconciled and accepted. Who Shall Ascend the Mountain of the Lord, Morales p127 [5]. 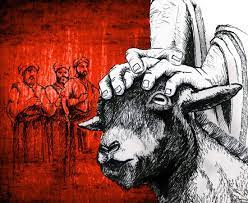 In a sense, thorns are a curse AND the symbol of the curse on the earth from Gen 3.

Gal 3:13 Christ redeemed us from the curse of the Law, having become a curse for us—for it is written: “Cursed is everyone who hangs on a tree”.

The Gen 3 curse, symbolized by thorns, was pressed onto Christ's head as a crown of thorns. The ultimate fulfillment will come when He returns and finishes lifting the curse.

What started in one garden (Eden), ended in another garden (Gethsemane). Though it won't be complete till He returns.

What began with Adam, will end with Jesus (the second Adam). Luke calls Adam the son of God, Jesus referred to Himself as the son of Man.

I can get anxious reading headlines and watching world events. But when I see the wonders in God’s word, like the theme of thorns throughout the Bible, like the symbolism of Christ taking the crown of thorns on His own head, it calms me down, knowing He’s in charge.

We keep the Passover and the Days of Unleavened Bread, a memorial of Israel leaving Egypt, which pictures each of us making a journey from slavery to freedom – a journey which takes a lifetime. We can’t escape from slavery to sin on our own, any more than the Israelites could escape Egypt on their own. Neither can we undo the curse of thorns placed on the earth 6000 years ago. Only Jesus could do that by taking the crown of thorns on His own head. Sometimes we have to listen to what Moses told Israel before they crossed the Red Sea.

Ex 14:13 And Moses said to the people, Fear not, stand still, and see the salvation of the LORD