To Breed Or Not To Breed

I learned a new word from the Internet: anti-natalism, also spelled without the hyphen: antinatalism. Spell check doesn't like it either way. Here's one definition.


I don't think that anti-natalism deserves a Wikihow page.

The term anti-natalism was coined by David Benatar, philosopher and author of the book "Better Never to Have Been: The Harm of Coming into Existence" [2].

Another variation of anti-natalism is "I didn't ask to be born". A 27 year old man in India named Raphael Samuel has sued his parents because he didn't ask to be born, therefore he claims that they are obligated to take care of him. His mother wisely responded with this:

If Raphael could come up with a rational explanation as to how we could have sought his consent to be born, I will accept my fault - Fox News [3]. 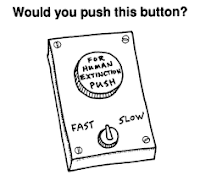 The stated goal of anti-natalism is to end suffering, not just for humans, but for animals too. Using human reasoning, Benatar and others conclude that the best way to do that is to stop having children. Fewer people means less demand for earth's resources, and especially fewer animals killed for food (less suffering). Taken to its conclusion means the end of human life. A woman who calls herself the Friendly Anti-Natalist wishes that humans could “walk hand-in-hand together into extinction” - Daily Citizen [4]. Mankind has apparently been using the wrong approach up till now by trying to kill other people or other nations, to have a bigger slice of the pie for themselves. All you need to do is convince everyone to stop having babies. Apparently it's OK to leave all the animals, just eliminate the humans. This overlooks the suffering already present in the animal kingdom.

Benatar believes that "abortion is not only permissible, but a moral obligation" - Daily Citizen [4]. So a child that didn't ask to be born is also not asked if it wants to be killed.

Take A Step Back


Some of the tenets of anti-natalism have been around a long time. I imagine that many people have felt so awful at some point in their lives that they echoed Benatar's words "I wish I'd never been born". Which is slightly different from "I want to die". And some like poet John Milton have expressed the idea eloquently 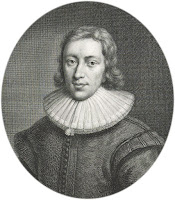 Did I request thee, Maker, from my clay
To mould me man? Did I solicit thee
From darkness to promote me? Goodreads(Antinatalism) [5]


That's just a fancy way of saying I didn't ask to be born.


And we even find the idea expressed this way in the Bible. King Solomon wrote

Eccl 4:3 But better off than both of them is the one who has never existed, who has never seen the evil activity that is done under the sun.


The Bible also talks about how children are a blessing. Indeed, in ancient times, it was a shame to a person not to have children. Several of the matriarchs were barren for long periods of time, and the Bible records their agony. Today in Western culture it is not looked at the same way. Men and women are not shamed for childlessness, some even choose it voluntarily - and not because they are anti-natalists. Anti-natalism is the opposite of "be fruitful and multiply".


There is certainly suffering in the world; no one gets through life without some suffering. Solomon said something similar.

Eccl 12:1 Remember now your Creator in the days of your youth, Before the difficult days come, And the years draw near when you say, “I have no pleasure in them”


But anti-natalists go from the observation that there is suffering to offering a solution that we should all die. How did they draw that conclusion? By philosophical argument, aka human reasoning. The problem I see is that if you start from a faulty premise, you can conclude anything. Anti-natalists reject God, consequently reject what He might have to say, statements like "Choose life" (admittedly in a different context). Here is the whole verse.

Deuteronomy 30:19 I call heaven and earth to witness against you today, that I have set before you life and death, the blessing and the curse. So choose life in order that you may live, you and your descendants,

A life actively and monomaniacally devoted to the notion that life has no meaning might feel meaningless. National Review(Against Antinatalism) [6]


If there is too much suffering in life, maybe it comes from rejecting God and violating His laws. God's law actually brings peace and blessings, and reduces suffering. You can't expect God's blessings if you disregard His rules. If you have to invent your own solution to suffering, you miss the comfort in a statement like this.

Romans 8:18 For I consider that the sufferings of this present time are not worthy to be compared with the glory that is to be revealed to us.


God's plan for dealing with suffering is simple - eliminate suffering and death altogether, but in His time. Like everyone else, I've had days where I suffered, but on balance, I am glad I was born, and I look forward to this day. 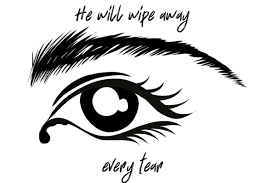 Posted by John Freeman at 8:00 PM No comments: