The Other Kinsman Redeemer

In the book of Ruth, we see an example of the kinsman redeemer, in this case Boaz redeemed Ruth, her mother in law Naomi, and their land. It is a love story complete with drama and a happy ending. And this short story also provides us with a picture (a type or foreshadowing) of Jesus Christ and the church. The phrase "kinsman redeemer" is translated from the Hebrew word "goel", but there is another use of the word goel which is obscured in English. Let's explore this other goel, and see what we can learn about it.

First, let's review the more familiar goel, the kinsman redeemer that usually come to mind for Bible students. It is based on this verse from Leviticus.

Lev 25:23 The land, moreover, shall not be sold permanently, for the land is Mine; for you are but aliens and sojourners with Me. 24 Thus for every piece of your property, you are to provide for the redemption of the land. 25 'If a fellow countryman of yours becomes so poor he has to sell part of his property, then his nearest kinsman (goel) is to come and buy back what his relative has sold.

In this scheme of things, a person could never lose their land permanently. But a kinsman had to redeem the land if a man had to sell. Not just anyone could redeem the person in distress, it had to be family. This is a type of Jesus coming in the flesh to be a family member to all mankind. He is our Redeemer, AND a kinsman. See The Kinman Redeemer [1] for a deeper discussion.

However, the kinsman redeemer, the goel, had another job but English translations don't show it. The goel is also known as the avenger. Same word, possibly the same person, two functions. In the verse above,  goel is translated redeemer. In this verse, goel is translated avenger.

Num 35:12 The cities shall serve you as a refuge from the avenger (goel), so that the one who commits manslaughter does not die until he stands before the congregation for trial.

The role of the avenger is explained in later verses of Num 35, adding the qualifier "blood" which  is in the Hebrew.

To understand the goel ha'dam, we need to consider the justice system of the time. Unlike our world, there was no police force. For protection, men made blood oaths to protect and defend each other. Such a "blood brother" had your back no matter what. He would fight along side you, and avenge your death - The Life Is InThe Blood [2]. Having no police force meant there was no one to investigate crimes. However there were judges who did hear criminal and civil cases.

The hunting down of a murderer is no longer the business of the avenger, but of the state; accordingly, whether there is any relative or not, whether the relative lodges complaint or not, the state must prosecute the murderer - Jewish Encyclopedia [3].

Notice that intent was a big factor in determining accidental killing versus murder, just as it is today. We use the term manslaughter for an accidental death. Notice also how seriously God treats killing.

Num 35:33 So you shall not defile the land in which you live; for blood defiles the land, and no atonement can be made for the land for the blood that is shed on it, except by the blood of the one who shed it.

This warning is not just for ancient Israel. God, who changes not, is still in charge, and His rules are still in effect. Ancient Israel sacrificed babies to the false god Molech. America has murdered 60 million unborn babies in the last 50 years, which has defiled the land. The estimate of abortions worldwide is 1.6 BILLION - Number of Abortions [4]. The whole earth is greatly defiled. He will not restrain His wrath forever, a reckoning is coming, and probably soon. 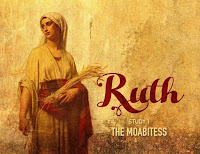 We have the book of Ruth as an example of the kinsman redeemer, but we do not have such a story about the avenger, but remember the two are probably the same person (next of kin). In spite of not having a story about the avenger, we can learn more by examining the typology of the goel ha'dam, the slayer, and the victim.
It is widely recognized that Boaz, the kinsman redeemer of the book of Ruth is a type of Jesus Christ, and Ruth is the church. Since goel can be redeemer or avenger, the goel ha'dam then also pictures Jesus Christ. The typology doesn't fit with His first coming as the Lamb of God, but it is more fitting for His second coming as King of Kings, the Lion of the tribe of Judah. 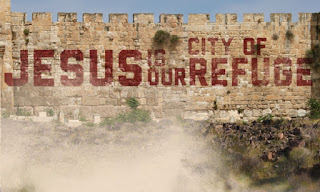 The city of refuge also pictures Jesus Christ, where the accidental slayer can go for safety. Where better to hide than in Jesus Himself?  "You are my hiding place and my shield; I hope in your word", Psalm 119:114. And the High Priest also pictures Jesus. Only He is a High Priest that never dies.
That leaves the slayer and victim. In a sense, they picture us as humans. It is perhaps easier to see ourselves as innocent victims, and indeed at some level we are; we need a rescuer. But sadly, we are also the slayers. We have all sinned and fall short of the glory of God - Rom 6:23. We need to flee to Jesus, the city of refuge, and hide ourselves in Him. We are responsible for killing Him, yet from the cross, He said "Father, forgive them for they know not what they do". And we are like the audience of Peter's first sermon, where he said "And now, brothers, I know that you acted in ignorance, just as your rulers also did" - Act 3:17. Because mankind has acted in ignorance, we are guilty of manslaughter, not murder. We can flee to the city of refuge, and abide forever, because our High Priest will never die.

We are more comfortable thinking of Jesus Christ as a loving, forgiving figure. It's much easier to think of the story of Boaz and Ruth picturing Christ and the church than it is to think of Christ as THE Avenger. But many verses speak of the role of Avenger. The most familiar verse would be "Vengeance is Mine, I will repay" - Deuteronomy 32:35, Romans 12:19. It is not just an Old Testament thing.
The Jewish view of the Avenger is that he is God's representative, not just of the victim's family, but to the whole community Jewish Encyclopedia [3]. This is in part to execute justice. Remember the land is defiled by the blood of the innocent, and can only be set right by the blood of the slayer.
When Jesus Christ returns, He will combine the two roles of the goel. He has been redeeming His people, the church, for 2000 years, and views them as innocent. When He returns, He will avenge them. Look at the blood spilled by Christian martyrs. In my lifetime, in America, Christianity in its many forms has been the dominant religion in the country. But in the rest of the world, and throughout history, Christians have been targets of persecution. One estimate is that since the time Christ walked the earth, 70 million Christians have been murdered simply because they were Christians - Christianity Today [5].

Of the millions of Christians martyred in the 2000 years of the church’s history over half were killed in the twentieth century, and 80 percent of the cases of religious persecution in the world today are against Christians—and it’s getting worse - Crisis Magazine [6].

However counter-intuitive it may seem in light of popular stereotypes of Christianity as a powerful and sometimes oppressive social force, Christians today indisputably form the most persecuted religious body on the planet, and too often its new martyrs suffer in silence - Global War On Christians [7].

The number of martyrs will only increase at the end time. After the ride of the infamous Four Horsemen of the Apocalypse, which are the first of seven seals opened by Jesus Christ, the Fifth Seal warns of more martyrdom.

Rev 6:9 When the Lamb broke the fifth seal, I saw underneath the altar the souls of those who had been killed because of the word of God, and because of the testimony which they had maintained; 10 and they cried out with a loud voice, saying, “How long, O Lord, holy and true, will You refrain from judging and AVENGING our blood on those who live on the earth?” 11 And a white robe was given to each of them; and they were told that they were to rest for a little while longer, until the number of their fellow servants and their brothers and sisters who were to be killed even as they had been, was completed also.

The Hebrew word goel is translated as redeemer or avenger, depending on context. Yet both of these roles of the goel picture roles of Jesus Christ - first as Redeemer of His church, and second as Avenger of those Redeemed, that is the innocent ones. Mankind is also pictured by the slayer, as one who has done manslaughter. As slayers, we must flee to the city of refuge to hide from vengeance. The whole earth is defiled with innocent blood. Jesus Christ the Goel has much redeeming and avenging to do.

The Law Of Manslaughter