The Omer - Make Mine A Double

The time between the Wave Sheaf Day (during the Days of Unleavened Bread) and Pentecost (which means count fifty) is called the counting of the omer by the Jews. Their tradition is to recite a specific blessing every day during this time and name exactly how many more days are left before the "seven weeks of days" are complete - Sefirat HaOmer [1]. The Churches of God have no specific term for the 50 day period between Wave Sheaf Day and Pentecost.

The Old Testament calls Pentecost the Feast of Weeks six times and the Feast of Firstfruits twice. Only in the NT is it referred to as Pentecost. The Jewish custom is to call it by its Hebrew name of Shavuot, which simply mean Weeks. What the Church of God calls the Wave Sheaf Day, they call Firstfruits, so it can be confusing. Some call Wave Sheaf Day Early Firstfuits, and Pentecost Latter Firstfruits – Heart Of Wisdom [2]. I like that terminology, even if it's not strictly found in the Bible. We will see that the Wave Sheaf day is linked to Pentecost in at least three ways. Let's first look at how the days are described.


Lev 23: 9 Then the LORD spoke to Moses, saying, 10 “Speak to the sons of Israel and say to them, ‘When you enter the land which I am going to give to you and reap its harvest, then you shall bring in the sheaf (omer) of the first fruits* of your harvest to the priest. 11 He shall wave the sheaf (omer) before the LORD for you to be accepted; on the day after the sabbath the priest shall wave it.

14 Until this same day, until you have brought in the offering of your God, you shall eat neither bread nor roasted grain nor new growth. It is to be a perpetual statute throughout your generations in all your dwelling places.

15 ‘You shall also count for yourselves from the day after the sabbath, from the day when you brought in the sheaf (omer) of the wave offering; there shall be seven complete sabbaths. 16 You shall count fifty days to the day after the seventh Sabbath+; then you shall present a new grain offering to the LORD. 17 You shall bring in from your dwelling places two loaves of bread for a wave offering, made of two-tenths of an ephah; they shall be of a fine flour, baked with leaven as first fruits* to the LORD.


* This is why both Wave Sheaf Day and Pentecost can be called Firstfruits.

Every place the text says sheaf, the Hebrew word is omer, a word we are already familiar with from the manna story. Omer sometimes does mean "sheaf" like a bundle of grain still on the stalk (as in Deuteronomy 24:19, Job 24:10, and Ruth 2:15) - that is, in the context of harvesting or gleaning. BTW, a different word (alumah) is translated as sheaf in the story of Joseph’s dream. And sometimes omer does not mean sheaf, a bundle of grain, it is simply a unit of measure, about two quarts. The Bible actually defines an omer as 1/10 of an ephah in Ex 16:36, making an ephah about six gallons, roughly the size of a paper grocery bag (in America). In Lev 23, all of the English language translations on BibleHub.com [3] chose to translate omer as sheaf. In the Torah, the five books of Moses, the word omer is only used in Ex 16 and Lev 23, hinting that there is a connection between the two.

Historically, the omer referred to in Lev 23 meant a measure of grain, specifically barley flour. Here’s what Alfred Edersheim wrote in his book The Temple - Its Ministry and Service [4]. 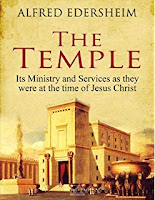 This Passover-sheaf was reaped in public the evening before it was offered, … The corn (barley) thus prepared was ground in a barley-mill, which left the hulls whole. … Though one ephah, or ten omers, of barley was cut down, only one omer of flour, or about 5.1 pints of our measure, was offered in the Temple. The omer of flour was mixed with a "log", or very nearly three-fourths of a pint of oil, and a handful of frankincense put upon it, then waved before the Lord.


Edersheim references Antiquities of the Jews [5] by Flavius Josephus who lived approx 37-100 AD as the source of this info. So you could say they harvested ten omers of grain from the field to present one omer of flour in the Temple. Why is the use of the word omer important in Lev 23? Because omer connects the Wave Sheaf offering, Pentecost offering, AND the gathering of manna. Let’s see how. You may have noticed that the word omer is NOT used in Lev 23 describing the Pentecost ceremony, Lev 23:17 "You shall bring in from your dwelling places two loaves of bread for a wave offering, made of two-tenths of an ephah”. Two loaves, two tenths of an ephah. That is two omers. The Pentecost offering is double the Wave Sheaf offering. Two omers used for two loaves. And let’s read what happened when the Israelites first received manna.

Ex 16 15 When the sons of Israel saw it, they said to one another, “What is it?” For they did not know what it was. And Moses said to them, “It is the bread which the LORD has given you to eat. 16 This is what the LORD has commanded, “Gather of it every man as much as he should eat; you shall take an omer apiece according to the number of persons each of you has in his tent.”

And on the sixth day?


Ex 16 22 Now on the sixth day they gathered twice as much bread, two omers for each one. When all the leaders of the congregation came and told Moses, 23 then he said to them, “This is what the LORD meant: Tomorrow is a sabbath observance, a holy sabbath to the LORD."


In other words, God revealed the Sabbath by doubling the manna collected on the sixth day.

3. Sabbath – some TRIED to collect it Sabbath morning, but it wasn’t to be found. God was testing the Israelites with unbreakable laws.
One lesson is that God revealed the Sabbath by doubling the omer. Note that this is separate from the Ten Commandments. A double portion is one of God’s ways of saying something important is happening. In Ex 16, Moses makes it clear what God meant by the double omer of manna, but the meaning of the double omer of bread on Pentecost is not made clear in Lev 23. Ex 16 and the New Testament can help us understand the Pentecost double omer.

Remember that the Wave Sheaf Day AND Pentecost are both called Firstfruits. Jesus ascended to heaven on the Wave Sheaf Day to become the First of the Firstfruits – 1 Co 15:20 “But each in his own order: Christ the firstfruits, afterwards those who are Christ’s at His coming”. The Early Firstfruits pictures Christ, Pentecost pictures the Latter Firstfuits, that is His resurrected saints at His coming - Significance of the Wave Sheaf [7]. In a sense, WE are the double omer, the Latter Firstfruits. Not that we are somehow greater than Christ. We are under Him, and will carry out His will to bring healing and peace to this earth. He did a great work while He was here on earth the first time, and through us will do an even greater work when He comes the second time  - John 14:12 "Yes, indeed! I tell you that whoever trusts in me will also do the works I do! Indeed, he will do greater ones, because I am going to the Father". In other words, we get to be part of His great work! 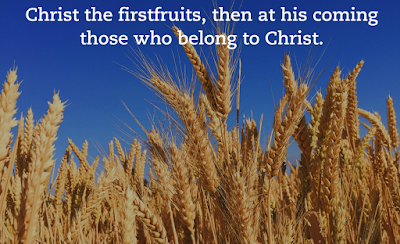 That greater work lies ahead, soon.