Hearing The Voice Of God 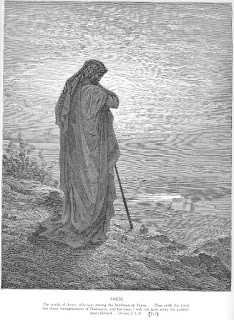 Amos 8:11 gives this interesting prophecy "Behold, days are coming," declares the Lord GOD, "When I will send a famine on the land, Not a famine for bread or a thirst for water, But rather for hearing the words of the LORD."

In ancient times when copies of scripture were rare, it wouldn't be hard to imagine a scenario where copies went from rare to non-existent.  In today's world, there are billions of physical Bibles (more than 3.9 billion according to reference.com [1]), and online versions abound. So a famine of the word can't mean burning all the Bibles.  It could mean that preachers aren't allowed to preach the scriptures, calling verses against sin hate speech - Canada Supreme Court Rules [2], but it could mean something deeper, that no one hears from God anymore.  That is, He stops communicating directly with anyone right now.

Which brings up the question "how God does talk to people?" We might imagine something spectacular, like the thundering voice on Mount Sinai when He gave the Ten Commandments.  But that's the only time He ever did that.  Elijah experienced God's voice as a still small voice - 1Kings 19:12.  Some translations say low whisper, some say gentle blowing. I don't think I want to hear God like thunder, listening for a low whisper sounds better to me.

But can we expect to hear God's voice, even as a whisper? Let's review the ways we already know that God speaks to us.

Listen to His written word, the Bible. Rather than wanting a direct revelation from God in the form of an audible voice, we should listen to what He has already said.  The Bible contains much instruction, maybe the answer to your question is already written down.  Sometimes the Bible can be hard to understand, and we may need a guide - Acts 8:31.  Most churches have articles published on a wide range of topics, a good source to listen to.  If not, an Internet search will yield articles on all kinds of Bible  topics - beware you might get more than one viewpoint. (Doing a search for "hearing the voice of God" yielded over 30 books on the subject. If I had known that earlier, I wouldn't have written this article.) Listen to your elders, the ministry placed in the church as helpers of your joy.  For that matter, listen to friends and family, children too.  Sometimes even your enemies speak the truth.  Sometimes God speaks to us by circumstances in our lives - the consequences of our own actions give us feedback on those actions, good or bad.  Sometimes, things just work out. Sometimes it feels like we got a tap on the shoulder.

I'm not saying God doesn't speak to people today in an audible voice or even in dreams or visions, but there are more ordinary ways to receive a "word" from God. I don't think I've ever heard an audible voice from God, maybe a "loud thought" now and then.  I've asked other church members about this, and while some people admit to witnessing or experiencing miracles, very few ever admit to hearing an audible voice.  It's more like this: what you put into your mind comes back in your thoughts.  If you study a subject, say math, a new language, or music, you will begin to think about it even when you're not studying it at the moment.  For instance, when learning a language, a point will come when you find yourself thinking in that language.  When practicing music, the piece will just come to mind.  I've had songs in my head for days, even weeks, while I'm learning them.  If the music doesn't come to mind, you're not practicing enough.  Likewise with the Bible, if you read/study it enough, you will begin to think with it. The Bible is called God's word, it is His voice. If you fill your head with the Bible, you will think with the Bible.  If you fill your head with video games, what do you expect? I think it is the same with dreams, if you are immersed in a subject, it is likely you will dream about it.

When trying to solve a problem, say math, you may spend a lot of time thinking about the problem, often in a flash of insight, the answer becomes clear.  This isn't necessarily God giving you inspiration, though it could be, it's how the mind works - immerse yourself in the problem, incubate, and often the answer comes suddenly.  "One of the first modern descriptions of creativity is in Graham Wallace's 1926 book 'The Art of Thought', where he explained the above stages as 'preparation, incubation, illumination and verification'." - Creating Minds [3]. Likewise with the Bible, whether you're seeking a solution to a life problem, or seeking understanding of a scripture, or a doctrine, or a prophecy, the method is basically the same, immersion and incubation.  But it is also easy to deceive oneself at this stage.  If we approach a question with a preconceived answer, God will let us keep our preconceived answer - it depends on the "idols in our hearts" Ezekiel 14:1-11.  People will convince themselves that God is blessing their actions simply because they "prayed about it". 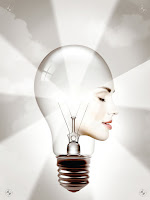 When we have insights to something like math problems, or computer problems, we still have to verify those insights, that is, finish working the problem.  Sometimes, ideas are wrong.  But with religion, people seem willing to take the first "insight" that comes to them without verifying it.  Is it REALLY from God? Or your own imagination? Or the enemy? Satan is described as the "prince of the power of the air" Eph 2:2.  That doesn't mean power over radio waves, though the analogy with radio waves may help us understand how he works.  It seems to me it means he has the power to broadcast thoughts to us, our brains being like the receiver.  Some will accept those thoughts more readily than others.  But inspiration from God will not contradict the Bible, yet many churches' doctrines do, and many people's insights do too.  And I'm starting to believe the notion that there must be at least two witnesses if it is really from God.  Maybe you'll get an idea, then corroboration comes, a second witness if you will.  As a second witness, perhaps you randomly read a relevant Bible verse, or the same topic comes up in conversation, or circumstances just seem to work out.  Again, there is the danger of seeing an answer because you want to. "Still, a man hears what he wants to hear, and disregards the rest" - The Boxer, lyrics by Paul Simon. Here's how Amy E. Brucker [4] described incubation results (I don't endorse all that she says).

Why Would You Want To Hear God's Voice?

Daniel had a vision, and fasted for 21 days for understanding.


“Do not be afraid, Daniel, for from the first day that you set your heart on understanding this and on humbling yourself before your God, your words were heard, and I have come in response to your words - Daniel 10:12.

Asking for wisdom is actually scriptural.


James 1:5 But if anyone is deficient in wisdom, he should ask God, who gives to all generously and without reprimand, and it will be given to him.


On a more mundane level, sometimes we want answers to questions the Bible doesn't address, like shall I take this job offer? Shall I marry this person?  We may desire comfort, or a sign that God loves us - believers have doubts sometimes. I have felt forsaken, I know the Bible says "I will never leave you or forsake you" - Deut 31:6, Heb 13:5, but I felt it anyway. He did not speak to me audibly however.

This sums up why one would want to hear God's voice.

John 10:27-28 My sheep hear my voice, and I know them, and they follow me. I give them eternal life, and they will never perish, and no one will snatch them out of my hand.

Do You REALLY Want To Hear God's Voice?

Ancient Israel decided they didn't want to hear God's voice - Exodus 20:19. They told Moses to talk to God, then tell them what He said. The pattern was established at Sinai, and continues till now - people don't really want to hear God speak.

The thing is that if God actually speaks to you audibly, He probably has a job for you. One place I'm reading about people hearing God's voice, or having dreams and visions is in the Muslim world, people being called to Christ. But they are not being called to come to America where it is safe, they are often sent to witness to other Muslims at great personal risk - A Harvest Of Muslims [5]. Also see "DREAMS AND VISIONS: Is Jesus Awakening the Muslim World?" [6] by Tom Doyle.

What about modern day prophets? Do they hear God's voice? Maybe. Apply this test "To the law and to the testimony: if they speak not according to this word, it is because there is no light in them." - Isaiah 8:20. The problem is that we want our leaders to follow God, but don't trust them if they say "God spoke to me and said..."

To whom more is given, more is expected, so if you hear His voice audibly, be prepared to listen, He has a message, and possibly a job, for you.

Amos predicted a famine of the Word, possibly meaning that no one hears the voice of God anymore. It may be no one is listening anymore.

John 8:47 Whoever is of God hears the words of God. The reason why you do not hear them is that you are not of God.”